Home >All Posts>Should We Worry About Artificial Intelligence (AI)?

Humanity at a Crossroads—Artificial Intelligence is one of the most intriguing topics today, filled with various arguments and views on whether it’s a blessing or a threat to humanity. We might be at the crossroads, but what if AI itself is already crossing the line?

If we look at “I, Robot,” a sci-fi film that takes place in Chicago circa 2035, highly intelligent robots powered by artificial intelligence fill public service positions and have taken over all the menial jobs, including garbage collection, cooking, and even dog walking throughout the world. The movie came out in 2004 starring Will Smith as Detective Del Spooner who eventually discovers a conspiracy in which AI-powered robots may enslave and hurt the human race.

Stephen Hawking, famed physicist, also once said: ”Success in creating effective AI could be the biggest event in the history of our civilization. Or the worst. We just don’t know. So we can’t know for sure if we’ll be infinitely helped by AI, or ignored by it and side-lined, or conceivably destroyed by it.”

What is “Artificial” about Intelligence? 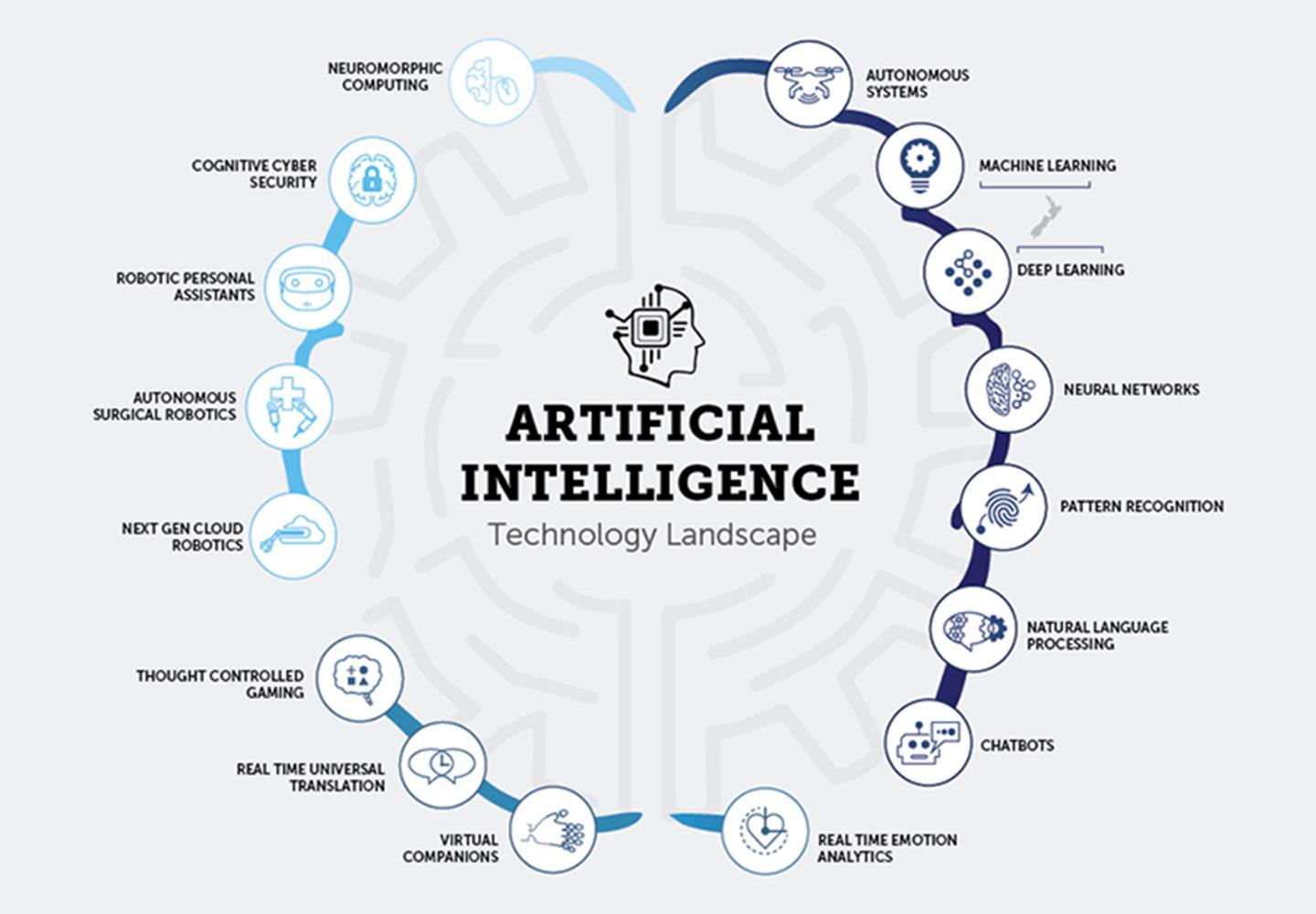 In simple terms, it’s when a machine performs an “intelligent” task.

It’s the opposite of what we call “natural intelligence” of humans and other animals. It’s an area of computer science whose goal is to invent machines that can work and react like humans; a science of making computers, apps, machines, and devices do things that require “human intelligence.” Bernard Marr, a frequent contributor to the World Economic Forum who also writes for Forbes described AI as, “the broader concept of machines being able to carry out tasks in a way that we would consider ‘smart.’”

A subset of AI called Machine Learning is also taking AI to the next level. ML provides systems or machines the ability to learn and improve without being explicitly programmed. In other words, the capability of machines to learn for themselves including the ability to analyze extensive volumes of data to identify patterns and predict outcomes without the need for human intervention.

The overall windfall of artificial intelligence is to promote an effortless way of living by trying to mimic human decisions and actions without natural human shortcomings, such as fatigue, emotion, and limited time. Today, artificial intelligence covers a variety of technologies and tools, some are time-tested, and others are relatively new. Suggested searches, cyber fraud detection, virtual Assistants, facial recognition, self-driving cars, and smart home devices are some applications of AI that is massively changing how people live and work. 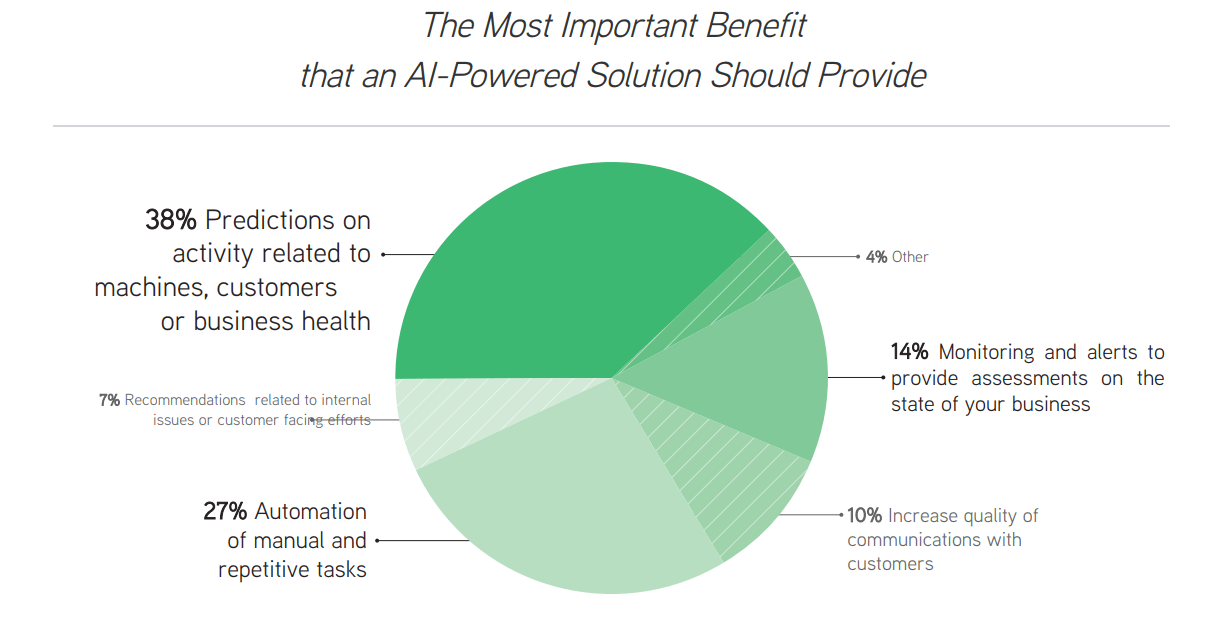 Source: Narrative Science | Outlook on Artificial Intelligence in the Enterprise 2016

What seemed like a field of science fiction we read in a book and watch on movies, Artificial Intelligence already has a tremendous effect in humanity and had become more popular today, because of increased data volumes, advanced algorithms, and improvements in computing power and storage.

Sophia, a robot developed by Hong Kong-based company, Hanson Robotics, is one of the top-trending topics and proof of an already not-just-a-mere-science-fiction tech industry we watch on movies. She’s an AI robot that can converse naturally with people, participate in high-profile interviews, and can make 62 facial expressions. She’s also the first ever AI robot that was given citizenship in Saudi Arabia, and the first non-human to be given a United Nations title: UN Development Program’s first ever Innovation Champion in 2017.

AI is still continually reaching beyond the baseless limits and boundaries of what machines are capable of, thanks to Deep Learning, a subfield of machine learning that is able to learn through its own method of computing – its own “brain,” if you will. Machine learning uses algorithms to parse data, learn from that data, and make decisions based on what it has learned while Deep learning is behind the most human-like artificial intelligence, it structures algorithms in layers to create an artificial “neural network” that can learn and make intelligent decisions on its own.

Self-driving cars, virtual assistants, image recognition and colorization, automatic translations, and even healthcare are some areas expected to benefit from Deep learning this 2018 and beyond.

The Dark Side of AI 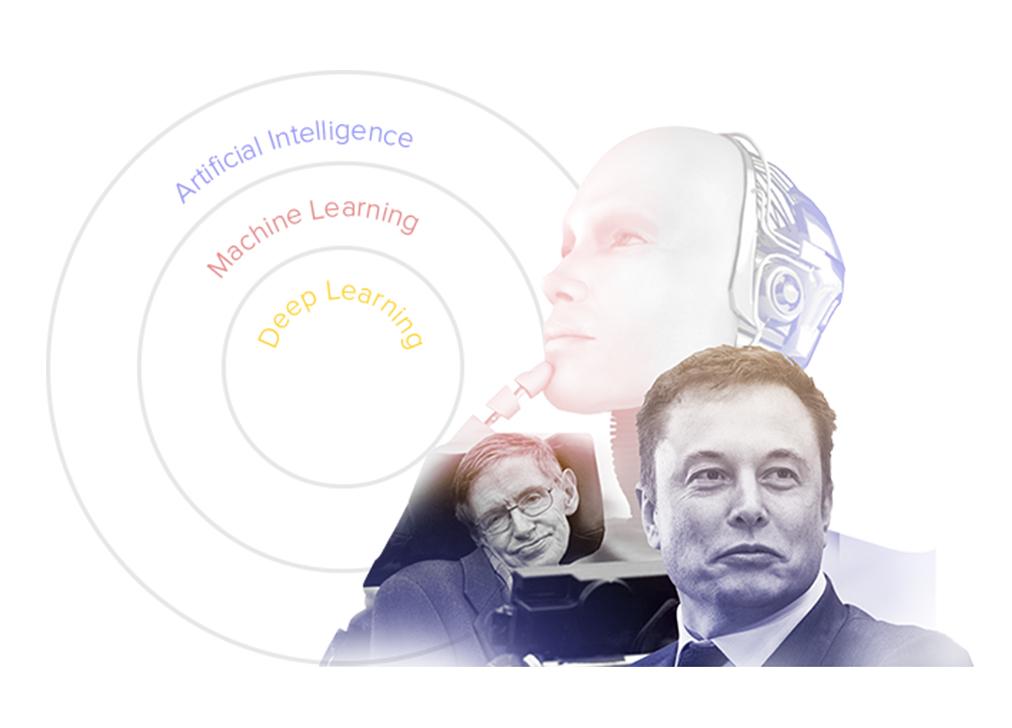 Elon Musk, the man behind Tesla, SpaceX CEO and OpenAI, believes it’s highly likely that AI will be a threat to people. In his appearance in South by Southwest last March 11, 2018, he reaffirmed his belief that the danger of artificial intelligence is much greater than the danger of nuclear warheads.

“Mark my words, AI is far more dangerous than nukes. So why do we have no regulatory oversight? That’s insane.” Musk stated. Over a year ago, Elon Musk, revealed that he bought shares in Google’s AI program, known as DeepMind, to make sure he could stay informed about the progress and potential dangers of AI. In 2016, DeepMind beat the world champion in a game of Go by teaching itself and learning independently, it also continued on its ruthless streak and opts for “highly aggressive” strategies when it is in fear of losing.

If Musk is right about the dangers of AI then one of the best lines in the movie “I, Robot,” might not be far from reality. “Well, then I guess we’re gonna miss the good old days. When people were killed by other people”. Because of AI’s numerous use and its human-like ability, its potential to be more useful in the future is evident and rapidly growing; however, it’s reasonable for mankind to be alarmed that AI could replace professionals such as teachers, engineers, and lawyers. Also, the possibility of AI to be weaponized and used for social control is not something to ignore.

While some are afraid of AI’s future, many are still having their hopes up to its remarkable potential as a blessing; however, the answer to the question, if AI will be a significant threat to the future of human civilization is still unknown, but, at least for some, it is not unexpected.

Disclaimer: For the time being, no AI-powered robot volunteered to write this article, but let’s watch out for their comments.