You might think they are similar, but they couldn’t be more different.

There are a lot of differences between the two, and as someone interested in the software and development world, you’ll want to know those differences.

We’re breaking down Git and GitHub, their features and differences, and why you should master using both of them.

GitHub describes itself as “where the world builds software,” – and that’s pretty spot on.

GitHub is an advanced development platform where people can build and maintain software. It provides Internet hosting using Git, a software that tracks changes within files.

In addition to providing hosting, GitHub also offers many other features for users. You can use GitHub to collaborate on projects, resolve issues, manage source code, and communicate with people worldwide.

With over 83 million developers, GitHub is an excellent resource and sharing platform that’s functional and communicative.

What Is GitHub Used For?

As an internet hosting service, GitHub can be used to host all your projects for free with unlimited public and private repositories. A repository is a data structure that stores metadata for a set of files or directory structures.

You can use GitHub as a web development environment that lives within the cloud. This makes your dev projects configurable and speedy.

With GitHub Actions, you can automate anything. Enhance your operations, script your entire workflow, automate your recurring projects – whatever you need.

As with all coding and web projects, security is of utmost importance. GitHub allows you to secure your code as you write it by scanning and identifying vulnerabilities before they become problems.

Finally, the aspect that makes GitHub especially unique is the community they’ve created. GitHub Discussions allows coders from all over the world to communicate and collaborate. 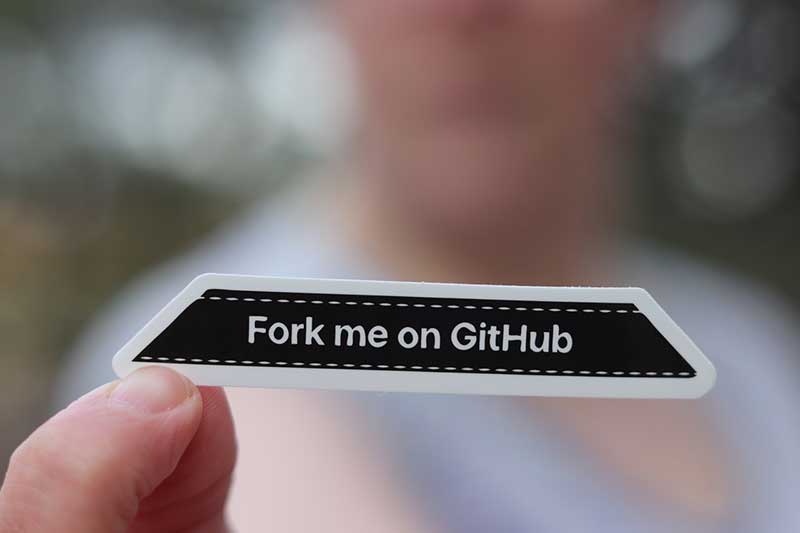 GitHub has a lot of awesome features. Here are the top 10:

So, as we mentioned, Git is software that tracks changes within files. That means it’s version control software.

Git is especially useful for coordinating work between programmers and coders. When developing source code or software, tracking changes is extremely important. That’s where Git comes in.

Git makes it easy to resolve errors and fix mistakes during development. You can also leave notes about changes to help collaborate amongst your teammates.

What Is Git Used For?

Git is used to track changes. It can be used in all stages of development but is especially helpful during the early stages.

Unlike other version control systems, Git saves snapshots of each saved version. Having these snapshots to reference as your work through your projects is extremely helpful.

Git also allows you to push and pull changes from other developments, which lets multiple developers work on the same project collectively.

What Is the Difference Between Git and GitHub?

Git and GitHub work together, but they aren’t the same thing.

GitHub is a platform where you can build and maintain software and interact with other developers. Git is the program that GitHub uses to make its platform seamless and functional.

Think of it like this: Git is a tool, and GitHub is a platform that uses Git. They compliment each other and work well to create a fantastic developing experience for programmers and coders all over the world.

Reasons to Learn Git and GitHub

Git and GitHub are used by developers all over the world.

Mastering these programs will help you stand out when applying for jobs and make your technical knowledge more comprehensive. Being an expert with version control systems and development platforms is essential as a programmer or coder.

Learning the ins and outs of Git and GitHub will also help you collaborate. Imagine being able to access a community of developers just like you and being able to share tips, tricks, ideas, and more. That’s what you get with GitHub.

Learning Git and GitHub will make your coding projects so much easier. And, they will make you a better coder with more tools in your pocket.

Learn to Code at Coding Dojo

We’ve got you covered at Coding Dojo if you’re interested in learning how to code.

Or maybe you already know how to code, but you’re looking for a refresher. We’ve got you covered there, too!

Choose from online or onsite courses and study full-time or part-time. Depending on your preferred learning style, you can choose between accelerated or flex course options.

Our coding programs are a great way to learn about all things programming, including Git and GitHub.

If you still have questions about Git vs GitHub, no worries. We’ve answered some frequently asked questions below.

Microsoft, one of the world’s top software companies, owns GitHub.

Git is owned by Linux, another major player in the tech world.

What Is GitHub Desktop?

GitHub Desktop is a program where you can use GitHub. Just download it onto your desktop, install the program, and you’re ready to go!

Using the desktop version of GitHub is simple and makes communication and collaboration between you and your team even more straightforward. Whether you’re a Mac or Windows fan, GitHub Desktop is available.

What Is Version Control?

Version Control refers to systems that help manage changes to programs, documents, websites, or other projects or developments. These systems track changes, help with errors, bugs, quality assurance, and more.

Is Git a Programming Language?

Git is software that tracks changes within files.

What Does Git Mean?

Git stands for Global Information Tracker. And, for a worldwide software that tracks changes between files, that’s a pretty accurate name.