Since there’s been hardware, people have needed software. Are software developers in demand? The short answer is yes, and the trend isn’t going downwards anytime soon. As the world evolves, every business has gone digital. Banks need developers to improve their apps and create algorithms. Retailers are looking at ways to recommend the best products. Internal divisions like marketing need tools that’ll make them more efficient.

But as the industry grows, more and more people are also learning to program. So the big question is: Are there too many programmers? In this article, we’re going to look at the reality and see where the opportunities lie.

It’s worth noting, while demand is high, there are more developers out there than ever before. So if you want to set yourself apart, you can’t restrict yourself to a single language. It might be a good idea to take a course like Coding Dojo, which will teach you three full stacks. That way, you can adapt to the rapidly changing market.

The industry is growing fast

Compared to other industries, software development is growing very rapidly. To give you some context, the average employment rate is expected to rise by about 5% between 2018 and 2028. Not a huge amount.

But, according to the US Bureau of Labor Statistics, the number of jobs in software development is likely to grow a lot more. They think it’ll be more like 21%, four times as much as the average total.

When the industry is growing that fast, it’s inevitable that there’ll be shortage of developers to fill it. We think that’s a clear sign that there’s going to be a high demand for programmers. It’s a skilled profession, so it’s not like companies can just grab anybody to fill those positions.

So we’d recommend learning now, while the industry is still growing. That way, you’ll be able to build up the real-world experience you need to land a job. But we also imagine that, in the future, software development will become part of the standard curriculum at schools, which is going to make the market much more competitive.

Pay is linked to demand. And developers are well paid.

Companies need developers. As we’ve said, there are apps, websites, back-end systems, databases to trawl through, software to create. It’s also a very skilled profession. You can’t just pick someone up off the street and teach them on the job.

That’s reflected in the salaries. The average salary, according to PayScale, is around $85,000 a year for a software developer. Even a junior can expect to start at about $60,000. That’s an average. Seasoned professionals make even more.

We all know the reality of business. They only pay well when it’s hard to find the people. You don’t pay that sort of salary if there’s a backlog of people applying. You pay it when you need to incentivise people to choose you over your competitor.

There are over 2.5 million developers employed

In 2019, the US Bureau of Labor Statistics found that there were a total of around 2.5 million people employed in some kind of software development. That includes computer programmers as well as web developers.

They’re all very similar professions, but the title ‘software developer’ is definitely the most populous. Here’s a snapshot of those figures.

There’s an opportunity for women here

As you can see, there’s a severe lack of women in these statistics. Thousands, rather than millions. Is this because not enough women are applying, or an underlying bias favouring men? We’re not sure, just from the data. But we hope that it means that companies will soon, if they’re not already, start looking to make their teams more diverse.

So if you’re a woman, looking to break into the industry, we’d say this is a great opportunity for you. This imbalance can’t continue for much longer. Those figures will have to increase.

While software development itself is in demand, it’s worth considering the other avenues that’ll be available to you. As you’ve seen, there are multiple titles for similar jobs: web developer, programmer, system developer.

In fact, in 2015, Burning Glass found seven million jobs that needed coding skills. Sometimes it’s for data science, where you need to be able to analyse a vast amount of information quickly. Other times it might be in accountancy, being able to easily script a report every month. Or maybe you’re one of the lucky ones who gets to create an internal game that teaches people how to work at the company.

Programming skills are fundamentally transferable. The more languages you know, the easier it is to use them in other roles and departments. So even if you don’t land your dream job as a software developer, you won’t be wasting those skills while you wait.

How do you set yourself apart?

It’s clear from the numbers above that there’s a huge demand for software developers. But there are more and more people getting into the industry. More and more are learning to program.

This means you still need to be able to set yourself apart from the other applicants. So we’d recommend you do three things:

1. Learn more than one language

There are so many languages these days. The most common, as we’ve talked about before, are Python, the C languages, Java and JavaScript. It’s worth learning any of these, as well as making sure you have experience with SQL.

But knowing more than one language can really help make sure that you can move between roles and projects. Learning just one extra language can almost double the number of jobs you can apply for. Learning three? That’s triple.

2. Learn how to work in a Sprint environment

You’ll notice as you gain experience that a lot of companies are moving to a more agile work environment. This usually involves much speedier decision-making and short-term goals.

Week by week, your objectives will change. And you’ll be expected to solve new problems quite regularly. It’s worth swotting up on the best practices, so you’re not surprised when you’re suddenly in one of these workplaces.

So you’ll often find that interviewers will set you tasks. Some of these will be almost like solving a riddle. Almost certainly they’ll involve some lateral thinking. Make sure you practice coming up with ways you’d approach these problems. You don’t want to be blindsided in your first interview.

Coding Dojo is a bootcamp for programmers. We take you through three different languages and teach you how to use them in just a couple of months. So you’ll get hands-on experience in a much more realistic environment. And be prepared to jump into the industry with more opportunities open to you, and more understanding of how your work day might actually look. Here’s a glimpse of what we’ll be covering. Read more about our bootcamp on our website. 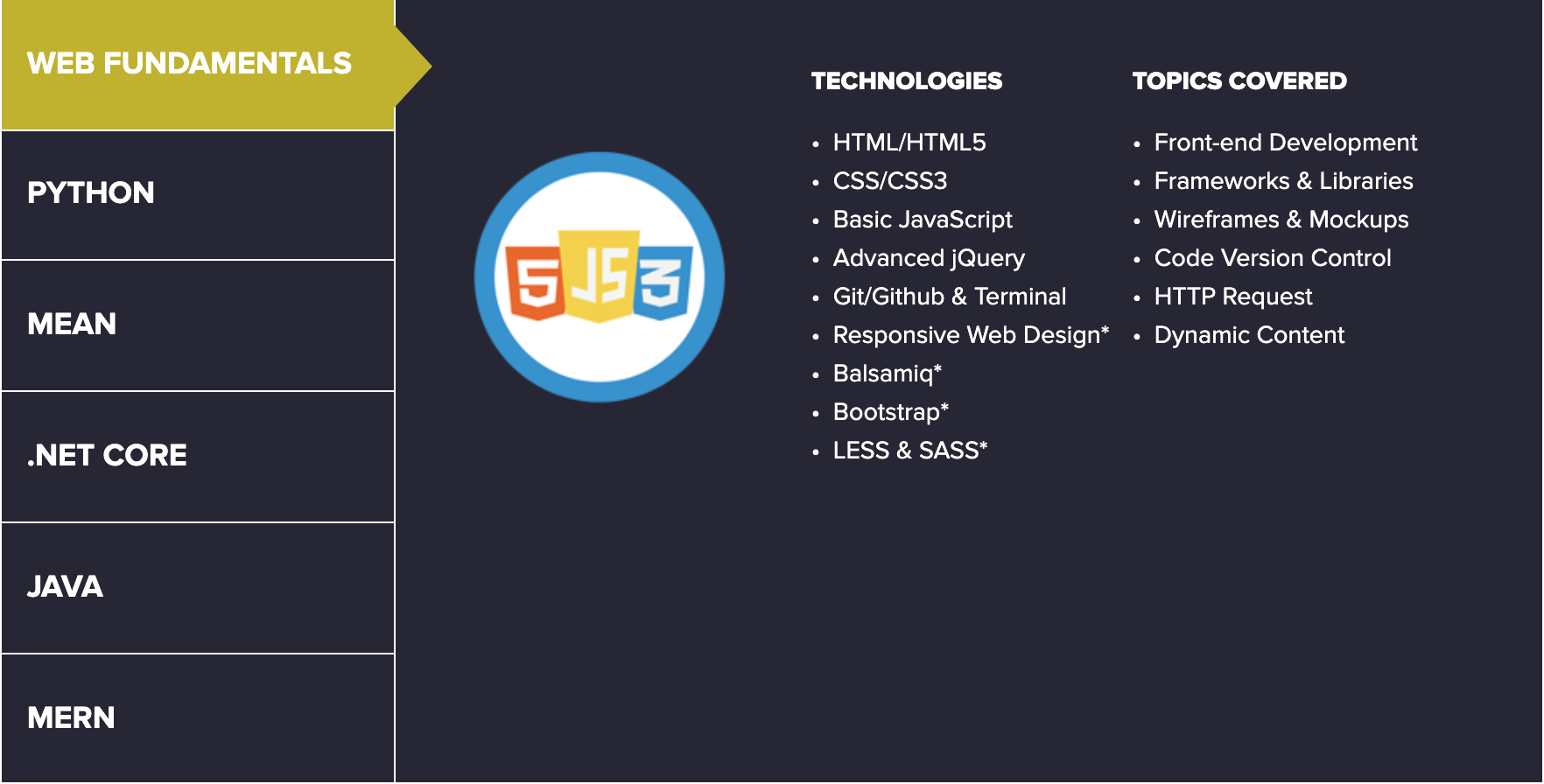