Home >All Posts>Making the Switch | Pt. 1: From Blue-Collar to Nerd-Collar

Editor’s note: Making the Switch is an ongoing series written by recent Bellevue Dojo graduate Zach Jones. It highlights his career change from truck driver to developer with insights, anecdotes, and advice along the way. You can read Part 2 here.

So you’re a blue-collar worker.  Maybe you’re a steel worker, riveting beams together to make the office buildings for eggheads who drink Starbucks instead of working class coffee.  Maybe you’re a carpenter, building houses one plank at a time.  Maybe you’re a grocery store worker, a farmer, a waitress or burger flipper, essential for folks to live but not so essential that they pay you right.

Maybe you’re a trucker, like me. Truck driving is long, tiring work, and even more so if you’re a flatbed truck driver.  After hours of securing your cargo you hop in your truck and start running for hundreds of miles a day.  During that time you’re figuring out, “How many hours do I have until I have to take a break,” and “Will going through Dallas at 4PM make me late for my drop off?” (The answer to that is invariably yes, please try to get through earlier.) 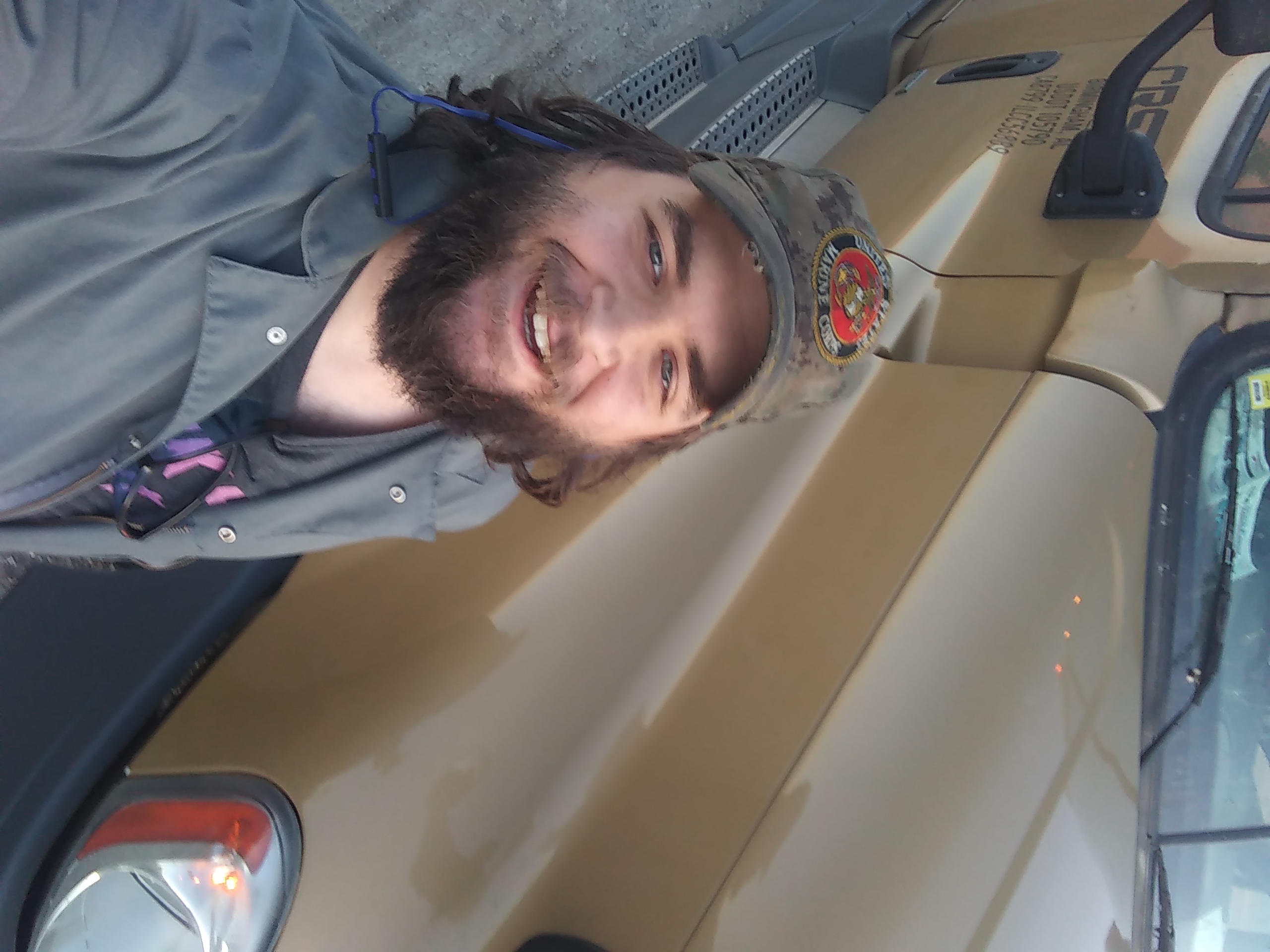 Whatever you are: blue-collar, black-collar, service industry or otherwise, you’ve decided that you want to make a change.  You’ve decided to attend a coding bootcamp and mix up everything in your life so that you can learn a job that you may have heard you need a degree to even break into.  Yet here you are, Chromebook, MacBook, or good ole fashioned PC laptop in hand, ready to learn how to make websites, software, video games, or anything else that turns 1’s and 0’s into software.

I think it’s time for some background on me.  You already know that I’m a trucker, and I mentioned something about flatbeds.  Before that I was an active duty U.S. Marine.  My job? Truck driver.  My dream was to go to college for game development.  I wanted to do everything from art to programming.  It turns out that’s not the most realistic goal.  For starters, if you’re going to get a job in the game industry, you’re going to do ONE of those things, and there’s a good chance that’s the only thing you’ll do. I hope you like writing code for finding bullet trajectory in Call of War 23. More importantly, I wasn’t good at college.  After I left the Marine Corps I flunked out of Full Sail University.

The reasons for my failure are many, and most of them are at least partially my fault. Things like not having my priorities straight, and taking on more than I could handle played a big part in it.  Also, I’m bad at discrete math, go figure. After a short college career I went back to driving trucks as a civilian.  I enjoyed my job enough that eventually I moved onto owning my own truck in 2018, which was something of a boom year for truckers.

2019 had different plans however.  Some people called it “a slaughter” as trucking companies dropped left and right. I held out for almost the whole year, but after several months without a decent paycheck I understood that I needed to make a change.  That was around July or August.

I talked to my wife about it. We had been married since February and I might have been home for a combined total of 2 weeks since then.  We knew something would have to change. She supported the hell out of me: trucking, programming or otherwise.  After another week with no paycheck, I called and said, “I’d probably make more money delivering food for DoorDash, or going to college with the GI Bill®.”  After a pause she asked me if I wanted to go back to school, and I said I’d look into it.

The thought of going back to a college was terrifying. I think I told someone that I’d rather get shot at again, instead of going back.  This was an exaggeration of course. On top of the difficulty was the incredible amount of time needed to complete a program like this.  I couldn’t wait 4 years to start a new job that would support my family.  Eventually a friend of mine, another programmer, said, “Why don’t you just go to a coding bootcamp?  You’re smart enough for it.”  He’s an Army vet, so I’m pretty sure he called me a wimp or something in the process of encouraging me.

I liked the idea of a high-intensity program that taught you everything you needed to land a job in tech. Not knowing where to get started, I did what any sane millennial would do.  I searched Google for “Coding Bootcamp GI Bill®.” This eventually brought me to a list of all the coding bootcamps in America that accepted the GI Bill®.  The list is pretty long, and there are a lot of really great schools out there depending on what you want to learn. After my brief stint as a student I worked on video games as a hobbyist and sometimes a freelancer for easy stuff.  I knew that I wanted to learn C# so that I could apply what I learned to my hobby, as well as my career.

When I found Coding Dojo, the first thing that stuck out to me was the name. I’m not too proud to admit that I like things that sound tough. Part of my decision to go to a coding bootcamp was simply because it sounded like an intense experience, and kind of macho overall. I did some basic information gathering and put together a quick list of pros and cons.

For starters, the Coding Dojo curriculum taught C# and was only 14 weeks long – not the shortest, but not the longest. They also teach three full stacks, so I could vary my skill set beyond just C#. The program received great reviews and was taught in-person, which was important as I wanted to avoid online classes for something so intensive.

The major drawback was the Coding Dojo campus that accepted GI Bill® benefits was in Seattle, WA while I lived in Meridian, MS.

I did a lot of soul searching and reading, but these were my major considerations for places to stay.  Since I would be attending with the GI Bill®, I was going to receive a stipend while attending school.  Seattle had the highest stipend I had seen, but that came with an increased cost of living, and a cost of housing that I had to see to believe.

But I was a trucker, a former Marine, and too badass to be stopped.  I dropped off my truck, drove food delivery until I could afford the fuel to get up there, then I loaded up my car and drove 2,500 miles to the land of big brained nerds. I want to take this moment to tell my wife I love her very much – her support, courage, and understanding made all the difference.

The trip up there could be a story in and of itself, but I’ll save that for another time. In my next article, I’ll explain what it was like preparing for the bootcamp and what the first few weeks were like. If you have any questions, feel free to ask them in the comments.  I don’t have all the answers, but I like to try and share.  Everything works a little better when we help each other out.

One thought on “Making the Switch | Pt. 1: From Blue-Collar to Nerd-Collar”

One thought on “Making the Switch | Pt. 1: From Blue-Collar to Nerd-Collar”