Did you know you can create a Twitter bot to help you automate Twitter polls, provide entertainment to other users by retweeting hyper-specific content, and even schedule your posts?

The possibilities are endless with Twitter bots. Want to learn more about what they are and how you can create your own? Take a look below.

Twitter bots can help maintain a presence on the social media platform without spending your own time combing through hashtags or similar accounts and finding content to react to or share.

While not all Twitter bots are used for business purposes, they offer varying degrees of usefulness. Maybe you want to make a Twitter bot that will retweet funny memes that use the hashtag #dog. Perhaps you want to boost your productivity (and help others do the same). Programming your own social media bot is a great project to take on to showcase your skills as a developer.

In fact, there are only 6 steps involved in building your own Twitter bot!

Twitter will even provide you with tools and APIs that you can integrate into your app to engage with the following, among others:

Next, you’ll need to develop an app that will be integrated with Twitter’s API. First, you’ll need to visit apps.twitter.com, where you should be prompted to “Create New App.” Select that and fill out the required fields: your name, a description of the application, and the website link (i.e., WordPress).

Once you’ve filled that in and accepted the agreement, you’ll have access to the application dashboard. Take a look at your Twitter app permissions by going to the Keys and Access Tokens page. Your settings should, by default, give you “Read and Write” access. If not, update these permissions.

Once your app permissions have been updated or confirmed, select Create my access token under “Access Token” to generate your app’s tokens and copy them over to where you need them.

Make sure to take your access tokens and paste them into your development environment. This will ensure you can build your app and link it with the Twitter API.

Now comes the time for you to develop your application! The Twitter app script will request some information from you, including the Consumer Key, Consumer Secret, Access Token, and Access Secret.

Twitter Search is where the command will be written. This is where you’ll specify to your automated Twitter bot what it should be looking for to take action on. For example, you might program a word or phrase that your bot will react to.

Write in your Text to be whatever you’d like the automated tweets, DMs, or quote retweets to say. Adding text will make your bot more personalized and exciting.

You can also add a Start and End Time for the bot’s functions, which can be used to keep the bot going for a certain length of time.

Where it says Action, choose an option from the drop-down menu. Select which action you’d like your bot to take when it finds the string of text you specified in the Twitter Search section. For example, it can retweet every tweet with a specific hashtag or send a pre-written direct message to each new person who follows your bot account.

As a coder, you know how important it is to test your work. Even one simple mistype in a single line of code can cause something to break along the way and render the entire string ineffective.

It’s quick and easy to test your Twitter bot before letting it run on its own without supervision, so to speak. All you need to do is save your selections and then tap “Check.” This will verify whether or not your bot is working correctly.

If you notice discrepancies or issues with your bot, first make sure you’ve entered the API keys correctly. Beyond that, you may need to go back into your code and settings to ensure everything is correct. 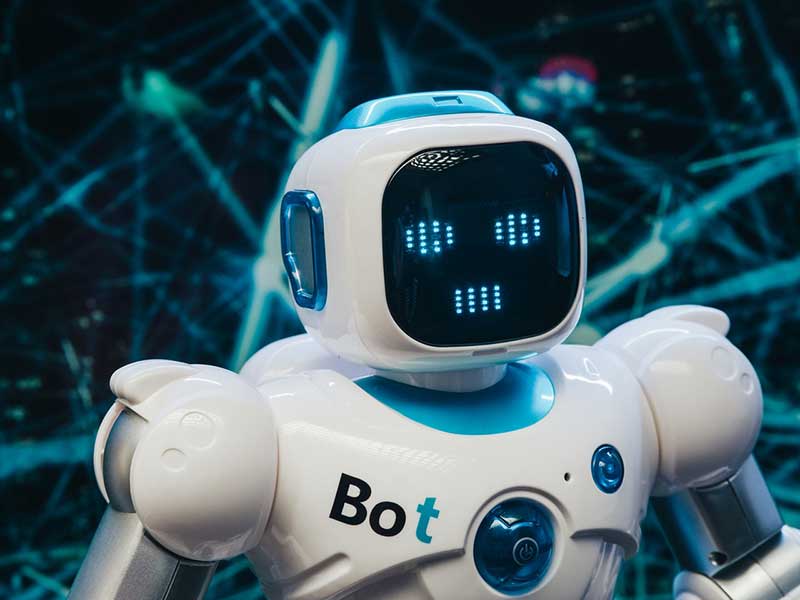 There are surprisingly many things you can do with a Twitter bot. When setting up your bot, you can choose from a list of actions in the drop-down menu to select what you want it to do. Here are some of the possible functions:

If you select this action, your bot will automatically respond to any tweet containing certain words that match your specified criteria. You can set the auto-response in the bot’s text field above.

This will allow you to privately direct message (DM) users who have made a tweet about something specific that includes a particular hashtag, have followed you, or fit some other criteria that you’ve set up.

This will set your Twitter bot to automatically retweet any public tweets that match the word, phrase, hashtag, or other parameter you’ve set your bot to scan for.

This action allows you to do a quote retweet. Your Twitter bot will retweet a public tweet that matches your parameters and add additional text above it as a response.

You can command your Twitter bot to either follow a user or follow a specific profile. Additionally, you can set it to scan for certain users and profiles that match your criteria. For example, you might consider creating a list of users who tweet about your brand or favorite hockey team.

The same goes for public profiles. You might consider putting together a list of employees who have your company’s name somewhere in their profile.

Here are some other things that you can use a Twitter bot for:

Learn to Code at Coding Dojo

At Coding Dojo, we’ve put together coding bootcamps that are specifically designed to equip you with the knowledge and skills you need to break into a career in programming. No matter your skill level, you can benefit from our software development bootcamp.

If you’d prefer to learn the basics of a beginner-friendly coding language first, check out our free Intro to Python workshop that will help you understand the basics of programming. From there, test and enhance your skills with our bootcamp!

You can create a Twitter bot just with Python, so having this coding knowledge under your belt will help you work on this cool project, and give you an awesome portfolio piece to showcase.

Yes. Creating Twitter bots is legal, however they are still constrained by Twitter’s rules – and even further by a set of rules that dictate the use of the bots. When you accept Twitter’s Developer Agreement, you acknowledge that you won’t be creating a bot to engage in spamming, create duplicate accounts, share misleading or sensitive content, and more.

Twitter has clearly outlined their use policy for bots which you can read at this link. Be sure to follow the rules in their agreement, lest your bot be taken down. Most are pretty straight-forward, so you shouldn’t run into any problems!

Yes. Twitter has rules about automation when it comes to using their platform. In particular, if your app or service has to be authorized by another user for them to use it.

If you were to adjust your app in any way that changed the purpose or function of the app, you must gain new express permission from the user before you can take any further automated actions through their account.

Regarding automated tweets, you must have proper authorization to share outside information or data (i.e., weather data), and all other automated tweets comply with Twitter’s rules and policies. Generally, this is limited to refraining from inappropriate language, spamming, and other similar rules that are present on most social media platforms.

You can make a Twitter bot with just about any programming language that you’re comfortable with, including JavaScript, Python, and Ruby.