Home >All Posts>Learning How to Learn: A Paradigm Shift in Lifelong Education

The mindset of traditional education—even through college—tends to adopt a one-way approach. The teacher teaches; the student consumes. Of course there are occasional exceptions to the routine, like group discussions and lab work. But in general, the confines and hierarchies of traditional school have reinforced this descendant relationship. It’s affected the way we learn.

In reading the experiences of students attending coding bootcamps and seminars, I’ve come across one phrase more than a few times. When discussing the benefits and training web development students get from such institutions, almost all of them report that they’ve had to “learn how to learn.”

It’s an interesting bit of phraseology. It implies that, even after more than a decade of education, students now acknowledge they needed to rewire their learning process for the new skills they want to pick up. This new way of learning is less about parroting  call/response, and more about diving into hands-on experience, active problem-solving, and relaying knowledge across peer groups.

Some aspects of traditional learning still apply when we’re talking about web development. You still have to get certain things right, like making sure all your tags are closed for the rest of your life, for example. But I was intrigued by the implicit suggestion that learning how to code can reprogram our entire strategy for education. In considering the subject I hit upon a few ways learning web development differs—in a positive way, I think—from the way we’ve been learning all this time.

Learning web development is a lot like learning foreign languages. When you develop fluency in a second language, you’ve actually “rewired” your brain chemistry so that it’s easier to learn a third or fourth language. If you’ve gained proficiency in Spanish, you have an advantage if you take up a similar tongue, like Italian or Portuguese. You already have a sense of Spanish grammatical structure, and adapting that structure to a new dialect is a little less painful. 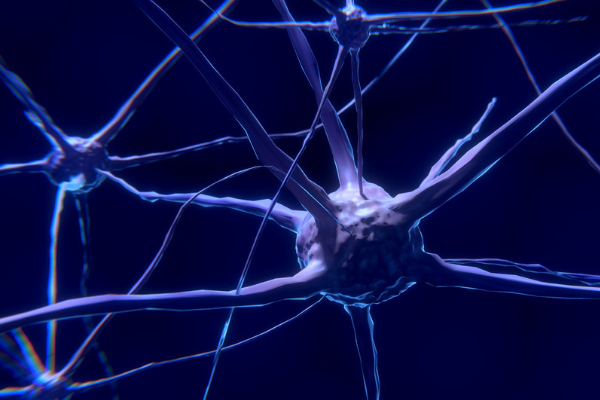 That also goes for learning code—maybe even more so, since you don’t have to memorize a bunch of completely new words.  Someone who’s mastered JavaScript from start to end is going to have an easier time when they break into Python. Knowing how to apply one’s understanding of a given topic to learning new subjects is a secondary goal of traditional education, but it’s the primary principle in learning how to code. It really is a “new literacy.”

Web development and technology are two areas that are always changing. New programming languages and platforms emerge far more quickly than change happens in other industries, and they’re constantly being updated between major releases. To survive in tech means adopting openness and flexibility as doctrine, and the learning structure of web development instills those traits more smoothly than conventional education.

In traditional teaching, the flow of information commonly comes from the top down. There’s a figurehead at the front of the class: the teacher. It’s accepted that this teacher holds the expertise you need to know, and it’s their responsibility to dispense it in your general direction. Sure, there may be things like lab experiments where exchange with your peers is encouraged, but most of the time there’s a lecturer that controls the process. They have the info, and you receive it.

In coding bootcamps there’s more emphasis on the cooperative model. Sure, there are still instructors and lectures. Learning basic functions of modern tools might come first, but as the course progresses solid peer relationships are much more critical. Solving problems, sharing information, and working toward a common goal are more practical in groups. The collaborative format also closely mirrors the environment of the modern workplace, where open seating is becoming more standard and teamwork is more easily facilitated.

The flowchart of the “new literacy” is a lot less vertical. As such, group learning is a major component of learning code. It’s so vital that even traditional educators are starting to embrace its benefits and work it into their curriculum.

Anyone can learn web development if they put in the time and effort. But to get the most out of learning code, it helps to approach it differently than the subjects we learned in school and college.

The schools we attended as kids always had a competitive element. If we weren’t the top dogs in class, we certainly knew who the brainiac was, and that student’s success became the yardstick against which we measure ourselves. The advent of standardized test scores has added a whole new layer to that classroom competitiveness.

Don’t get me wrong: competition has benefits. It can be a great motivator. It’s particularly helpful in establishing goals and testing your resolve in pressure situations. But learning code—in either solitary pursuit or in a collaborative setting—is usually more keyed in to “intrinsic” rewards, like the satisfaction of solving a problem or completing a project. Studies have shown that we’re more likely to thrive when intrinsic incentives are uppermost in mind, when learning becomes its own bonus.

Learning web development is also effective because you get an immediate opportunity to put what you’ve learned into real-world practice. Given a pretty minimal setup, you can see the results of those seemingly random character strings in your text editor as they happen. Being able to instantly visualize a hard outcome makes it easier to understand the relationship between what you type and what you build. There aren’t too many disciplines that allow for such swift achievement.

Finally, every aspect of modern life—business, pleasure and personal—is informed by technology. Although learning how to construct a food website doesn’t turn you into a Michelin-rated chef, it is a nice back-channel way to learn more about food. That kind of associative learning demonstrates just how deeply tech’s new way of education is starting to have a big impact on all subjects.

2 thoughts on “Learning How to Learn: A Paradigm Shift in Lifelong Education”

2 thoughts on “Learning How to Learn: A Paradigm Shift in Lifelong Education”